A 6,000-year-old earth? When you look up the Bible references, the math’s not that hard! We’ve all heard the horror stories. Teachers in government schools force students through strange, torturous machinations to do simple math. For example, many of us used to be able to add 121 + 13 in 1.72 seconds. The Common Core method takes 7 steps and 3 minutes and 18 seconds.

You might think you need to do similar mathematical gymnastics to arrive at the age of the earth, so you leave it to the scientists. Or maybe you just ignore the subject because you don’t see how it relates to your everyday struggles to follow Jesus. Well, this is not a salvation issue, but it is an issue of authority. Here is what I mean.

For those who trust in an evolutionary view of history, determining the earth’s age is a complicated process. First, you have to find a meteorite, crush it up, and then send it to a lab for analysis. (Why a meteorite? I’ll get to that later.) Technicians measure the ratio of isotopes and enter that into a complex calculation that factors in the rate of radiometric decay. Out pops a number somewhere around 4,500,000,000 years (or at least that’s the expected result). That’s a whole lot of zeros!

But if you look to the Bible as the ultimate source of truth, a much simpler answer emerges. And you don’t even need to find a meteorite. All you need is a Bible and a calculator. In fact, open your Bible to Gen 5.

While people might joke about reading genealogies as a substitute for counting sheep, they serve a very important purpose as part of God’s Word. These lists demonstrate the historical nature of the early chapters of Genesis. Real men had real sons, and we know how old each man was at the birth of his son.

IDEAS LIKE HUMAN EVOLUTION ARE BOUND UP IN THE QUESTION OF THE EARTH’S AGE. You can pick up Shem’s descendants in Genesis 11:10 and continue adding the dates together. You arrive at Terah, accumulating 320 more years. With some careful examination of Genesis 11:32 and 12:4, we know Terah was 130 when Abraham was born. Adding all of this gives us a time span of about 2,008 years from Adam to Abraham.

To be fair, there are some differences in various ancient manuscripts that you should study if you want to understand this issue in detail. But you’ll find the dates vary by a few thousand years at the most. Even if, as some Christians propose, there are missing names in these genealogies and Arphaxad, for example, is really Shem’s grandson, the timing doesn’t change (because the Bible is clear about how old Shem was when Arphaxad was born).

So now we know there were about 2,000 years from Adam to Abraham, but how do we get to the present? Think backward from this point. Pop quiz: How many years have passed from Jesus’ life to the present? Since our modern calendar gives dates in Anno Domini (the year of our Lord), the answer is easy: about 2,000.

All that’s left is to determine the time between Jesus and Abraham. This is a little more complicated, but with a bit of hopping from book to book, it is possible to calculate the answer from the Bible. Bible scholars disagree on a few details but the total disagreement covers only about 200 years. Most historians, even those who don’t believe the Bible, agree that Abraham was born around 2000 BC—and this dating agrees with the biblical record.

Adding up the time between a few key figures in the Bible can be a simple way to approximate the earthʼs age.

Now that might sound radical if you have always heard the earth is 4.5 billion years old. But on what authority should you accept that claim? Christians should look to God’s Word to determine right and wrong, so why shouldn’t they do so on matters like the age of the earth? To do otherwise seems inconsistent. If you look to man’s interpretation of the natural world and the age of the earth, you place your trust in man over God.

Scientists who believe the universe is billions of years old assume the earth and meteors formed at the same time from a spinning cloud of debris. On top of that, the radiometric dating methods they use to determine meteorites’ ages rely on still more assumptions. This chain of assumptions is unreliable and totally disagrees with the Bible. We are talking about thousands versus billions—that’s more than a rounding error.

Without these alleged billions of years, evolution cannot happen. Ideas like human evolution are bound up in the question of the age of the earth. You don’t need those vast ages if you trust that God created plants, animals, and humans supernaturally—as He says He did in Gen 1.

While this question may not factor into your daily decisions, it has important consequences. To be sure, all who trust in Christ alone for salvation are secure, even if they believe in an old earth. But if you can’t trust God’s Word on the age of the earth, why should you trust it when it tells you Jesus rose from the dead? The same skeptical scientists who say the earth is 4.5 billion years old would tell you dead men don’t rise from the grave days later. So who are you going to trust?

Roger Patterson taught in public schools for eight years before joining Answers in Genesis. He earned his BS Ed degree in biology from Montana State University–Billings. Roger is author of Evolution Exposed and serves on AiG’s editorial review board. 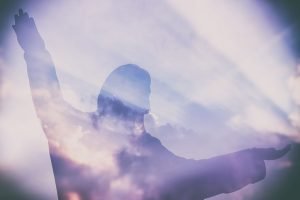 Jesus Christ: The Centre of our Existence

Jesus Christ: The Centre of our Existence

The Need for a Clean Life